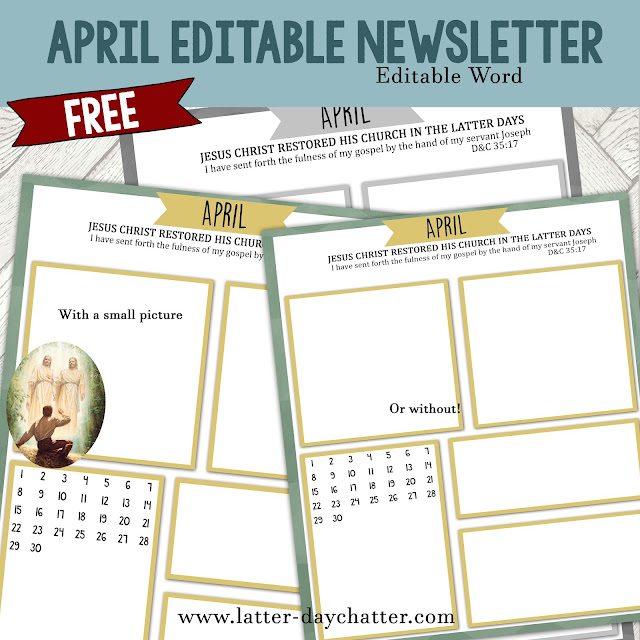 The Prodigal Son and Repentance

As most of you know, I am enrolled full time at BYU-I, this semester I am taking a class on the four gospels of the New Testament. This week, one of our assignments' options was to create a blog post and share a principle or a lesson we have learned during the week. What better way than to share a parable that the Savior teaches!

In Luke 15:11-32, we read about the Prodigal Son. In this parable we see the symbolism of Heavenly Father as the father and the two sons as people who make choices (everyone).
The younger son wanted his inheritance now instead of after his father had died and his father gave it to him. The young son then left his home and squandered everything, he came desperate without any resources. Only after losing everything and humbling himself was he willing to turn back to his father to ask for help. Instead of becoming a servant in his father's house, his father ran to him and hugged and kissed him. The son tells his father that he wasn't worthy to be his son anymore. His father has servants put a robe, a ring, and shoes on him. His also tells them to to kill a calf. His father is overjoyed that his son whom he thought was dead is alive. He was lost and is now found. They began celebrating his return.
His older brother came in from the fields and asked what was going on, he was angry and asked his father why there was never a celebration for him. His father tells him that everything he has is his, but his brother is no longer lost and is alive again.

I think this parable is really symbolic of our Heavenly Father in that even though He knows what is best for us, He respects our agency. In the parable, the young man humbles himself after wasting everything he had. It was only then that he was able to repent and know that he had to turn to his father for help. Our Heavenly Father is merciful and desperately wants to help us to return to be with Him again. He loves us, we are precious to Him and He will always welcome us back with open arms and forgives us when we repent.

In the New Testament institute manual, Elder Ballard shares: "Why did Jesus teach these parables?" He wanted us to now that none of us will ever be so lost that we cannot find our way again through His Atonement and His teachings."

Now, I just loved learning more about this beautiful symbolic story of the love that our Heavenly Father for us and that when we repent and utilize the Atonement in our lives, we can return to Him again.

I also love creating so... we are going to put some pressure onto my teacher! (Hi, Brother Orr!) This adorable set will remain free until my teacher grades my assignment. He's pretty quick to grade so make sure you snag it FAST! This is just a few of the pieces from a set in progress telling the story of the prodigal son. 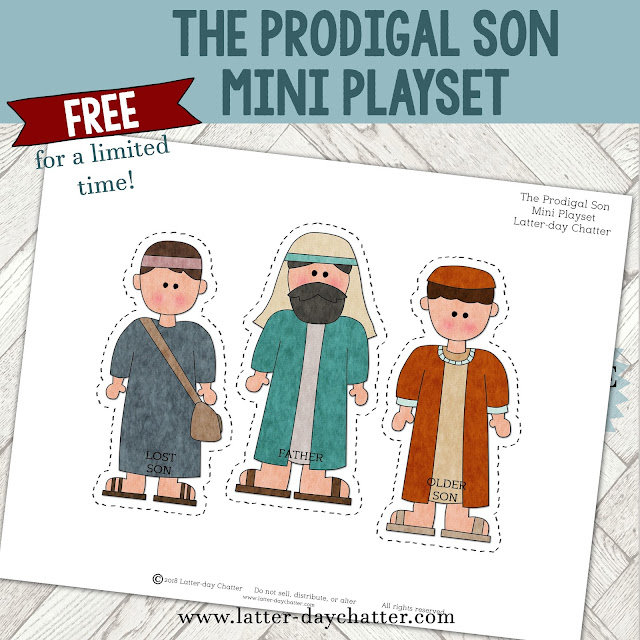 They are perfect to put on the table for Sacrament meeting, throw into your monthly newsletter email, print and give to kids to do at home, print and laminate to do at the table on Sundays. They can have so many uses! This one is geared towards those that can read

Here's another installment for your Sunday bag to go along with March's Primary theme: Jesus Christ is my Savior. 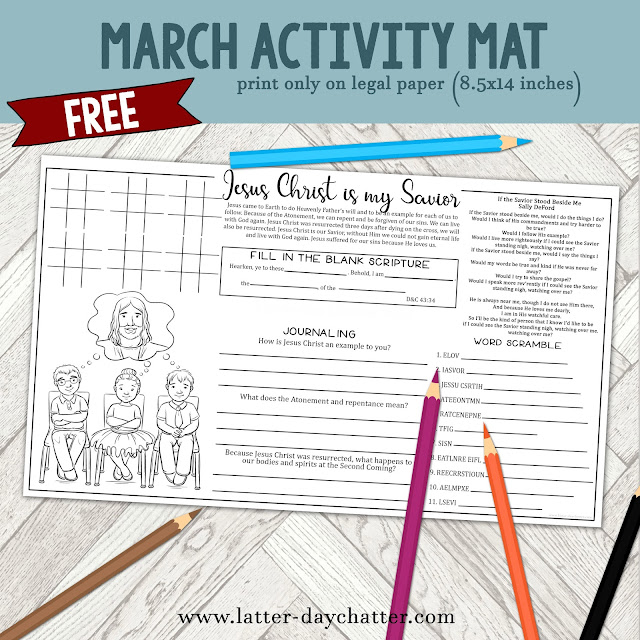