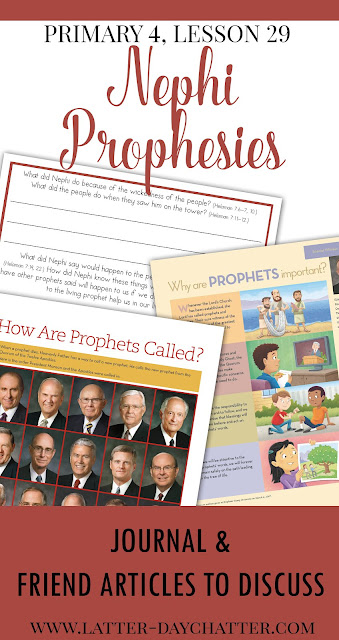 After coming back to his home in Zarahemla from preaching the word of God to the people in the North (he returned because the people rejected the word of God and because the Gadiaton robbers were filling the judgement seats and making laws that were wicked and were laying aside the commandments of God)
Because of the people's wickedness Nephi was filled with sorrow. He knelt in prayer and poured out his soul unto God on his garden tower. Many people saw him praying there because it was by a busy road. As they were passing by, certain men saw Nephi as he was praying, they ran and told the people and the people came in multitudes to see why Nephi was so sad. When Nephi finished praying he saw all the people gathered by him and asked if they were there so he could tell them of their wickedness. Nephi tells the people that they must repent. Nephi then points out how the people have turned from righteousness to extreme wickedness. Nephi warns the people that if they didn't repent their lands and homes would be taken away by their enemies and the Lord wouldn't help them fight because of their wickedness. Nephi tells the people that they are even more wicked than the Lamanites because they knew and were taught the commandments but rebelled against them. He tells the people that if they do not repent they will be destroyed.

Some of the people that were gathered by Nephi were some of the appointed wicked judges. They became angry and said to the people: "Why do you not seize this man that he may be condemned for this crime?" The judges were angry because Nephi was speaking about their own wickedness. The judges also asked the people: "Why do you allow this man to revile against us? We are powerful, our cities are great, and our enemies can have no power over us."
Some of the people agreed with the judges but others began to believe what Nephi was saying was true and said, "let this man alone for he is a good man and these things will surely come except we repent." These people knew that he was a prophet or he could not have testified of things to come.

The other people wanted to kill Nephi were compelled out of fear and couldn't lay their hands on him, and Nephi spoke to them again. Nephi reminds the people of the prophesies of  prophets of old like Moses, Abraham and Isaiah, and how they had the power of God with them. So why wouldn't Nephi be able to have the power to prophesy.

A lesson that Nephi is trying to teach these people is that the Lord does inspire His prophets to know the things which others do not know.

Nephi then tells them of their own chief judge that he will be murdered by his brother and he will then sit as chief judge.  Five men ran to the judgement seat to see if Nephi was correct. These five men say that if in fact the judge is dead that they will believe the things that Nephi was telling them. Finding the judge dead, the men believed and fell to the earth in fear and astonishment. 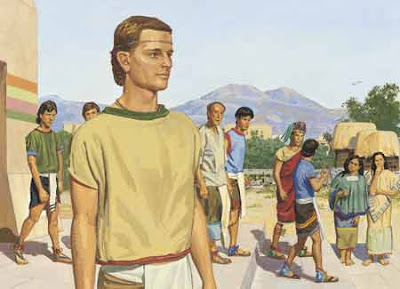 The servants of the chief judge saw that he was murdered and went to the people and the 5 men were accused of the murder and were cast into prison. On the morrow the 5 men were brought to the judges and said that the chief judge was dead when they had arrived. The Gadianton judges said that Nephi had plotted to murder the judge so that he would then be called a prophet. Nephi was arrested and brought to the judges and was asked who his partner was in committing the murder, the judges tried to bribe Nephi with money and his release. Nephi calls them fools and asked how long the Lord would allow for them to continue in their sins.

Nephi prophesies again!
Go to the house of Seantum (the brother of Seezoram-chief judge) and ask him if I (Nephi) agreed to help murder his brother.
He will say nay, then ask him if he murdered his brother. Seantum will stand in fear and will not know what to say. He will act astonished and declare that he is innocent. Look him over and you will find blood on his coat. He will pale and look as if he were dead. Tell him that you know he is guilty because of his face. He will become more fearful and confess to the murder of his brother. Seantum will then say that Nephi didn't know anything of the murder unless by the power of God.
You will then know that I (Nephi) am an honest man sent from God.

Everything that Nephi had said would happen did and the five men and Nephi were set free.

Here's a video of the story of Nephi Prophesying:


What do prophets do for us?
Heavenly Father us given us prophets to watch and warn us of dangers. They warn us about how we can be prepared to defend ourselves against those dangers, including those that are sometimes hard to recognize, such as temptations and evil influences.

President Monson has given us 6 ways for us to stay safe:
1) Choose good friends
2) Seek parental guidance
3) Study the gospel
4) Obey the commandments
5) Serve with love
6) Pray with purpose


I really love this article from the Friend. It's simple but tells how the prophet is called. 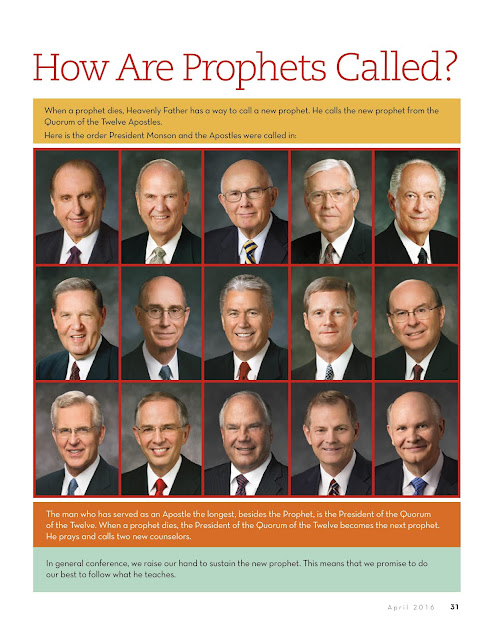 And here's another article that I love to answer, Why are Prophets Important? 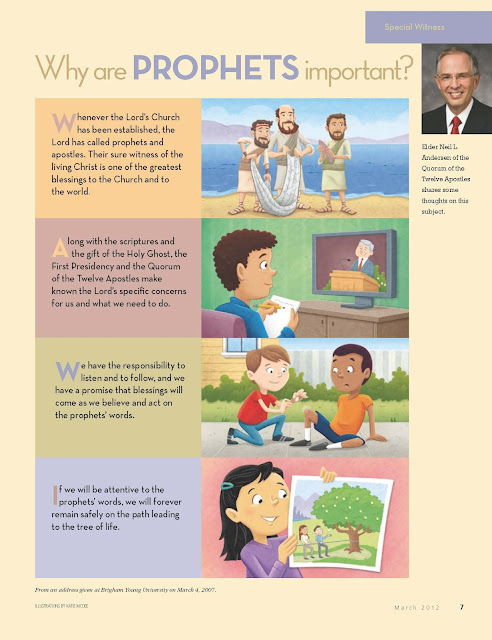 For your reference and study:
The Doctrine of Christ