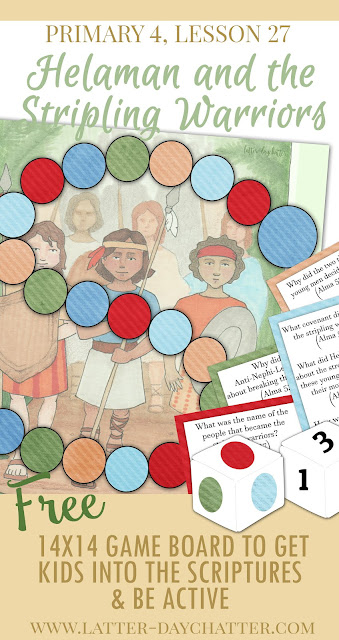 The wars that Amalickiah started was taken over by his brother Ammaron, he also wanted the same power to rule over all the land. Many people suffered and died because of the wars. The wicked Lamanites attacked and captured many Nephite cities. The Anti-Nephi-Lehies, because they had made a covenant to not fight, the Nephites were defending them and were being killed. The Anti-Nephi-Lehies wanted to help. The prophet Helaman who was also a leader in the Nephite army convinced them to not break their covenant. However their sons had not made the covenant and were willing to go to battle against the wicked Lamanites even though they had never fought in battle before. They covenanted to fight for the liberty of the Nephites and protect their land even if they had to die to keep it. 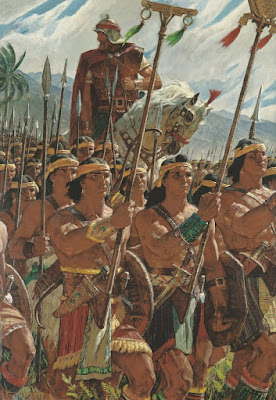 Altogether there were 2,000 stripling (youth) warriors in the beginning. They asked Helaman to be their leader and lead them to battle. The young men were righteous and full of integrity, they Lord watched over them. They were young and hadn't been to battle before but they were successful again and again and proved that they were a strength to the Nephite army. Throughout their battles, many were wounded but not one of the them was ever killed.

Thank you to Susan Fitch for her illustrations!

You will be playing with two dice. 1) is for numbers 1-3  and 2) is for the colors on the board)
You can either 1) make your own dice using kleenex boxes (or other square boxes) or some pocket dice (I have these and use them ALL the time) Check out these fun DIY large dice!
NOTE: The cards are about 3.5 around so if you make boxes 4 inches should be perfect.

On one dice use the color circles and the "you choose" on the other put the numbers 1-3 twice.

Another item that would be helpful is a bell or just have the kids slap the table.

Each of the questions and scripture references are from the manual or ones that I could think of, feel free to exchange questions for your own for your own Primary class.

Set up the classroom so you are at one end with a table in front of you and the chairs are at the other end.

Please note that I have included 3 questions on each of the cards. There are 4 spaces of each, you my dear teacher will need to come up with that 4th question.
There is a 5th space for the red and the darker blue. I thought it would be fun to have a challenge question for them both so I have included those.

Before you begin playing make sure to review the entire story (above) or summarize yourself so that they know an overall of the stripling warriors.

How to play:
Divide the class into teams, begin at the red circle at the bottom asking a question from the red card to both teams. Both teams will look for the answer (designate a runner for each team each question) then once they have the answer have them run to the table by you and slap/ring the bell. If they answer correctly, let them roll both the number dice and the color dice, then they will move the marker of the other team to that space.
For example, rolled 1 and a darker blue, you move the marker 1 darker blue space. Roll a 3 and a red you move 3 red spaces. If you "roll" past the end begin again at the beginning. Winner is team who lands at the darker blue end, This is a unlikely thing to occur if you're playing for the hour so you can give all the kids one of these winner stickers!

(Feel free to alternate winner to suit your Primary class)

For your own reference and study:
The Ammonites were not Pacifists
Gospel Doctrine Manual Lesson 32
Nephite vs Lamanite populations