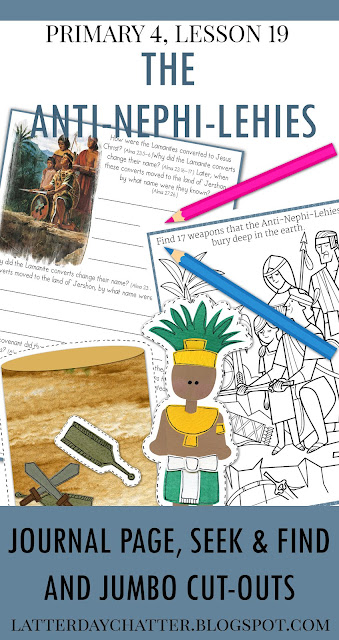 The name Anti-Nephi-Lehi may mean that the new converts desired to become like Nephi and Lehi and may have chosen a new name that reflected their righteous desires. Studies show that in some languages there is a common root corresponding to the word anti that means “in the face of” or “facing,” like you would face a mirror. It may have a meaning similar to the word imitation. In this light the name Anti-Nephi-Lehies might refer to those who desire to imitate what the descendants of Nephi and Lehi taught (source)

The Anti-Nephi-Lehies valued their covenants more than their lives.

Because of the efforts of the sons of Mosiah many Lamanites had been converted to the gospel. They changed their lifestyle, their culture, their home, even their name.

They decided to be called Anti-Nephi-Lehies.

The Lamanites who had not been converted angry at  those who converted to the teachings of the Nephites. They began to rebel against the king. They took up arms to destroy the king and the Anti-Nephi-Lehies.

None of the Anti-Nephi-Lehies being converted to the Lord, would take up arms to fight against the Lamanites that were coming to destroy them.  They had repented of their wrong doings and they were afraid that if they were to kill again they wouldn't be forgiven for committing the sins again.They chose to bury their weapons deep in the earth as a covenant to God that they would not kill again. 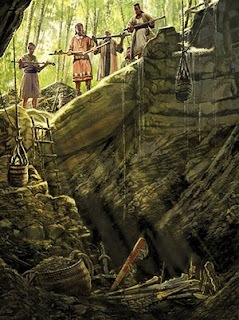 Because many Lamanites stopped fighting, those remaining were even more angry and blamed the conversion of their brothers on the Nephites. The Lamanite armies went to the Nephite lands, they fought many battles but couldn't overpower the Nephites. Many more Lamanites saw that the Lord was helping the Nephites by giving them great power, repented and converted to the Anti-Nephi-Lehies.

Ammon and his brothers saw that so many people were being killed and they asked that the king gather his people and flee to the Nephites. The king was afraid that if they went to the Nephites, they would kill them or make them slaves because of their past sins against the Nephites. Ammon told the king that he was ask the Lord what they should.  The Lord told Ammon to get the people out of the land. The people gathered their belongings and went to the Nephite land. Ammon and his brother went to Zarahemla to talk with the chief judge telling him all that had happened to the Anti-Nephi-Lehies. The Nephite people told the king that they were give the land of Jershon to the Anti-Neph-Lehies and the Nephites would put an army to protect them from the Lamanites so they wouldn't break their covenants and take up weapons again. In return, they were asked to provide food and supplies for the army. The Anti-Nephi-Lehies made their new home in Jershon. 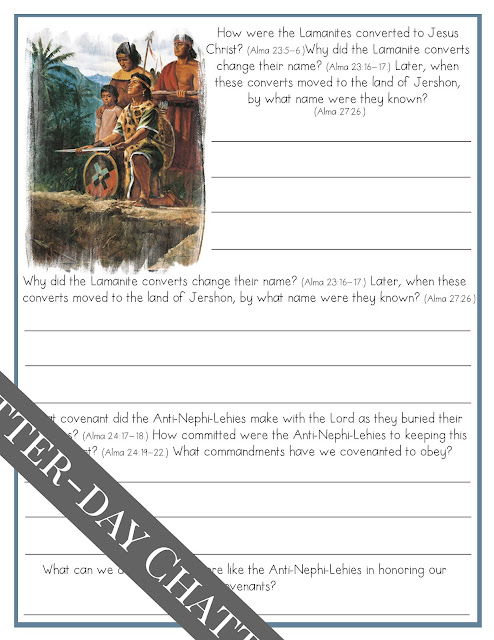 For this activity, there are two ways to use it. First the teacher version(PRINT SEEK AND FIND ON LEGAL PAPER-8.5X14)or the all together version, you'll need the Seek and Find and then number on the chalkboard 1-10 with this next to each:
1. Keep the Sabbath day holy
2. Prayer
3. Serve others
4. Dress Modestly
5. Obey the Word of Wisdom
6. Be Honest
7. Listen to Parents
8. Watch & Listen to Good Things
9. Find Good Friends
10. Use Good Language
Go through together ways that by doing these things (you can easily add more than just these 10) will help them keep their covenants.

For the student version. These are both on regular printer paper, First the 17 weapons and then the 1-10 covenants page as described above. 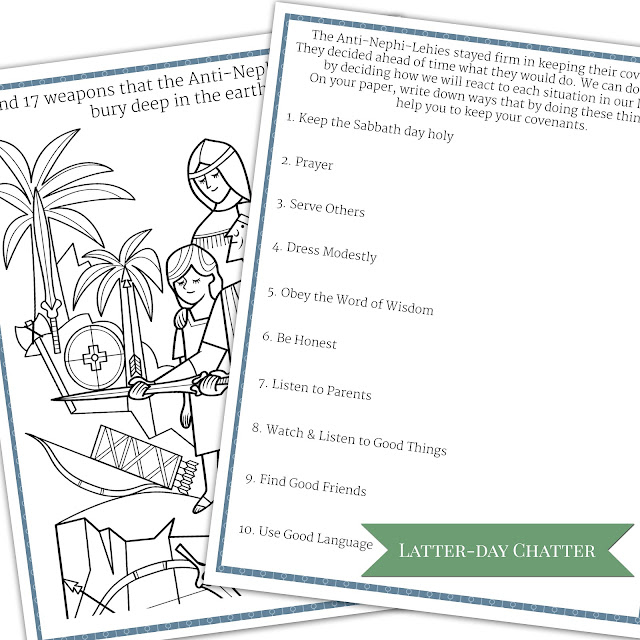 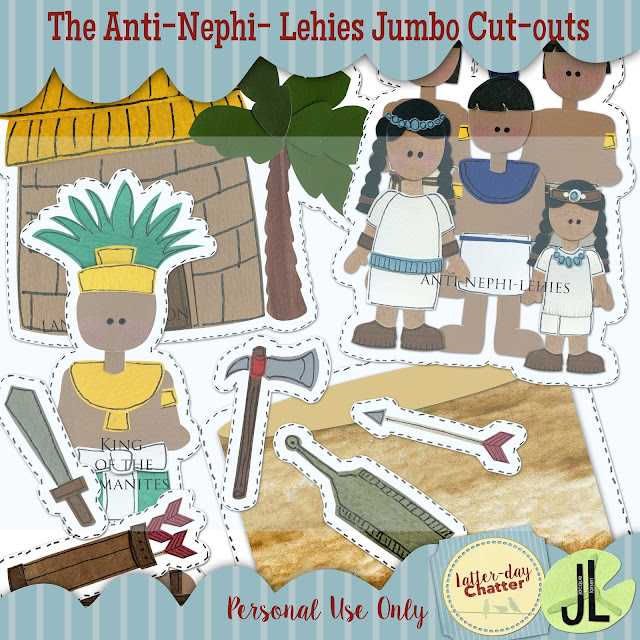 References:
The Purifying Path of Obedience, Sacrifice, and Consecration
Gospel Doctrine Plus (AWESOME!!- so good if you like to add bits of info that aren't found in the lesson)