With 5 weeks this month, I hope some of you might be able to use this! I forgot to publish before I went off for the weekend.


Encourage understanding: Gather pictures of events from the Restoration of the Church. Divide the sentence “Joseph Smith is the prophet of the Restoration” into as many sections as you have pictures, and prepare a wordstrip for each word or phrase (see example). Divide the children into groups, and give each group one of the wordstrips, a picture, and a scripture reference that describes what is happening in the picture. Ask the children to read the scriptures and discuss what is happening in the picture. Then have each group share their story with the rest of the Primary. Discuss Joseph Smith’s role in each event, and have the children think about how the event has affected or can affect their lives. Place each picture and wordstrip on the board in order. After all of the wordstrips are on the board, read the sentence together.


When Jesus Christ was on the earth He taught His gospel. He taught faith, repentance, baptism by immersion, and the gift of the Holy Ghost. He gave His Apostles His authority, which is the priesthood of God. The Church of Jesus Christ was on the earth. After Jesus Christ’s death and resurrection, His Apostles went forth to preach the gospel of Jesus Christ, but many people rejected them. The Church of Jesus Christ and the priesthood were taken from the earth for hundreds of years. In 1820, young Joseph Smith was reading in James in the New Testament. He read, “If any of you lack wisdom, let him ask of God” (James 1:5). Joseph wanted to know which church to join. He decided to do what the scripture said. Joseph went to a grove of trees one spring morning and knelt in prayer to ask of God. As he was praying, a bright light descended. In that light stood two glorious heavenly beings: Heavenly Father and His Son, Jesus Christ. Joseph asked Them which church he should join.
Jesus Christ told Joseph to join none of the churches. Three years later, Joseph was visited by the angel Moroni, who taught him about the Book of Mormon and showed him where the golden plates were buried. John the Baptist and the Apostles Peter, James, and John came to earth to ordain Joseph Smith to the priesthood of God. The priesthood was once again on the earth. The true Church was restored—or brought back—to the earth. We are blessed to have the restored Church on the earth. (source)

The outline idea is a perfect way to engage the Senior Primary. Maybe add some sticky darts to make it a touch more engaging and you're good to go. You could also do a matching game or a matching halves. You can download all the GAK pictures here.

But for the younger kiddos, I found this fun "Seek and Find" of Joseph Smith in the Friend and I thought it would be perfect so I blew it up for all the kids to see and have created a b/w version for cheaper printing.
As the kids find each item you can talk about each and how it attributed to the restoration of the Church and how Joseph Smith played a part. 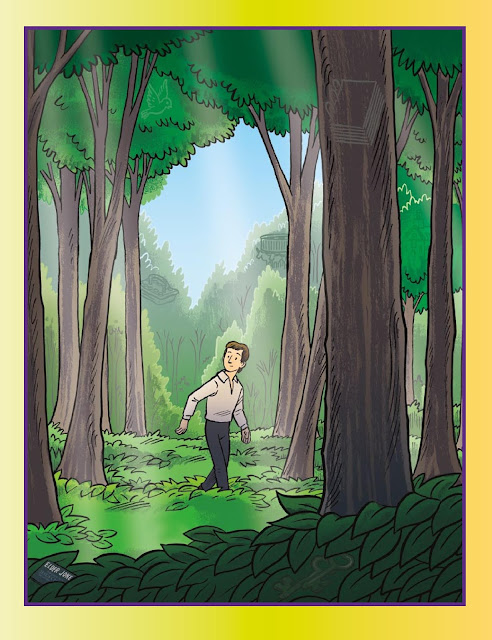