Week 1: The Church of Jesus Christ has been restored.
Introduce the doctrine: Before Primary, write the sixth article of faith on the board. Ask the children to close their eyes. Tell them that after Jesus Christ died, the people became wicked and His gospel and priesthood were taken from the earth. Explain that this was called the Apostasy, and the people were in spiritual darkness—like having their eyes closed spiritually—until Jesus restored His Church through Joseph Smith. Hold up a picture of the First Vision, and tell the children to open their eyes. Help the children memorize the sixth article of faith by having them read it out loud together. Erase several words, and repeat until all of the words have been erased and the children have memorized the article of faith.

Encourage understanding: Make wordstrips for each of the duties in the chart shown below. Write the titles of the offices on the board as shown, and leave a blank column in the middle to represent the duties. Divide the children into five groups, and give each group one of the “Duties” wordstrips. Invite each group to place their wordstrip in the correct place on the board. Point out that the restored Church has the same kinds of leaders as the Church when Jesus Christ was on the earth.


Be sure to download the little ADORABLE finger puppets of the primitive and restored churches from LDS.org. 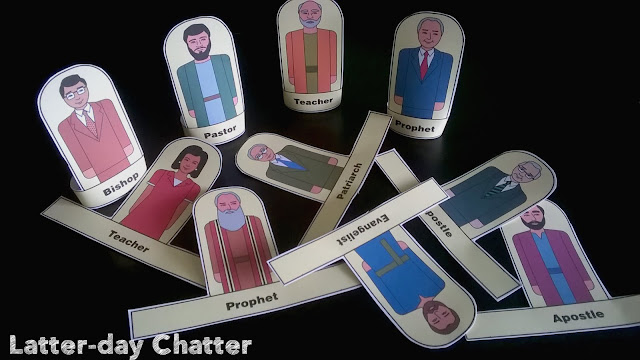 Be sure to check out Sheena over at Little LDS Ideas, she has given a few ideas for using these little puppets.

This little church is how I learned about the Restoration when I was little. I'm not exactly sure what manual it's in but it's awesome!

Here's some ways to use it:
1)  Create a puzzle and cut out each section, separate Primary into groups and have them make the puzzle again
2) Have one poster up on the board and have a child come up and pick one of the phrases to put onto the Church then discuss.

Both sizes include a page with the words and one without depending on how you use it. And a list of the words for each size. 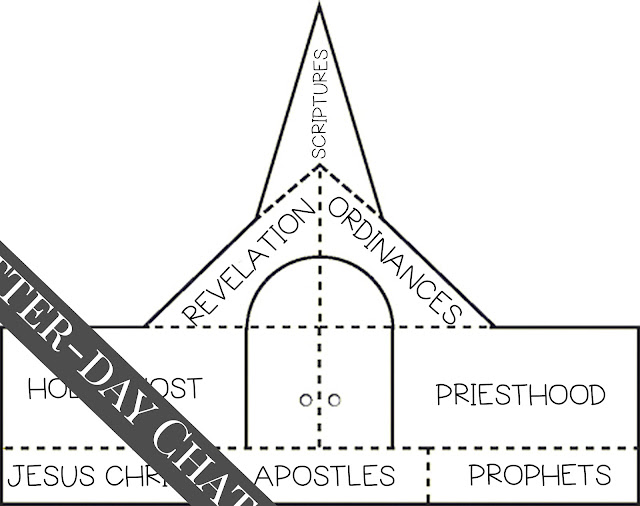