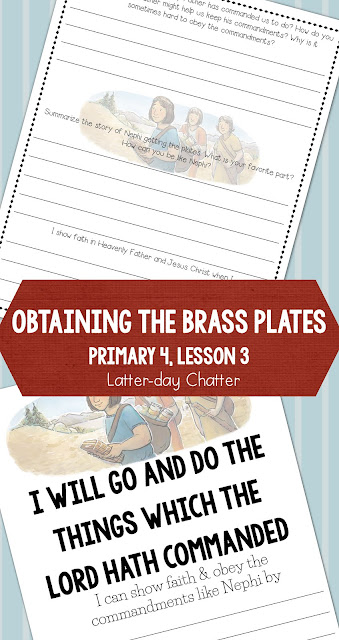 While in the wilderness, Lehi, in a dream was told that his sons, Nephi, Laman, Lemuel and Sam needed to go back to Jerusalem and get the brass plates which had the record of the Jews from a man named Laban and bring them back to Lehi. Nephi's brothers began to complain saying that it was a hard thing to do. Lehi told them that he wasn't asking it was the Lord who commanded it. Nephi said that he would go. Nephi had the faith that they would get the plates if that's what the Lord wanted to have happen.
When the brothers got to Jerusalem, it was decided that Laman would go to Laban's house. But when Laman asked Laban for the plates, Laban became angry and wanted to kill Laman, but Laman got away and ran back to his brothers and told them what had happened. They wanted to go back to the wilderness, but Nephi told them that they wouldn't leave until they got the brass plates because that's what the Lord had commanded them to do.
Nephi suggested that they go to their house in Jerusalem and gather all their riches and then they went back to Laban's house. But when Laban saw all that they had, he threw the brothers out and kept their things and sent his servants to kill the brothers. Nephi and his brothers got away from the servants and hid inside a cave.
Laman and Lemuel were angry with Nephi and began hitting him, an angel came to them and asked why they were hitting him, and told them that the Lord would deliver Laban into their hands. Laman and Lemuel began to murmur again not believing that Laban would be delivered because he was a very powerful man.
After Nephi convinced his brothers to go, they went back to Jerusalem. Just outside the city walls, Nephi's brothers waited in the dark while Nephi went in towards Laban's house. On his way, Nephi came across a man who was drunk and was on the ground. It was Laban. Nephi was told by the Spirit to kill Laban. Nephi didn't want to kill Laban but the Spirit told him "it is better that one man should perish than that a nation should dwindle and perish in unbelief." Nephi killed Laban and put on Laban's clothes and armor and went to Laban's house. There he commanded one of Laban's servants to get the brass plates. The servant did it because he thought that Nephi was Laban. When Nephi had the plates, he took the servant with him outside the city walls. Nephi's brothers saw him coming and were scared that Laban and he had killed Nephi and was coming to kill them too. But when Nephi called them and they came back, Laban's servant tried to get away but Nephi talked with him and the servant, Zoram, decided to stay with them,
When they got back to Lehi in the wilderness, he and their mom Sariah were so happy to see them.

(includes both pages below) 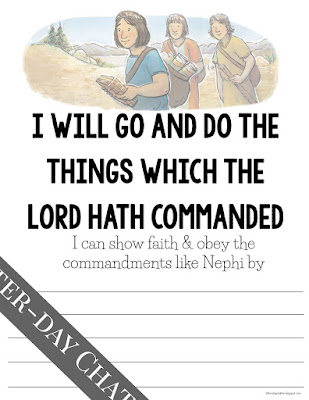 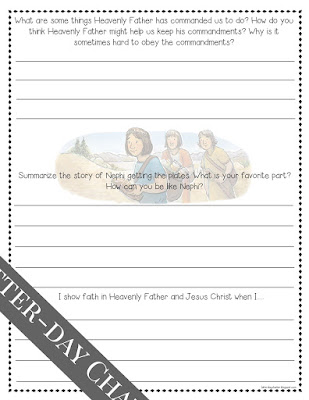 Have the kids "act" out the story as you tell it using these cut-outs! Stick them on some popsicle sticks/tongue depressors and you're golden! 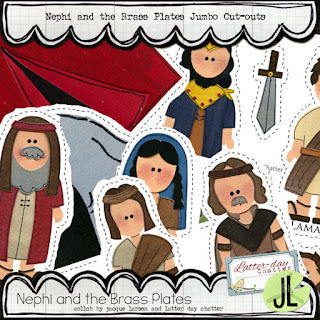