{Sharing Time} Jesus Christ taught us how to serve others

Here's the Bible Video of the Good Samaritan


Jesus taught us in parables, one parable is the parable of the Good Samaritan.

A man was traveling from Jerusalem to Jericho. Thieves were known to hide behind the big rocks along the steep pathway. The Jewish man was attacked by thieves and was left very hurt and with nothing, only to die. As the man was on the side of the road, a Jewish priest came by but he didn't stop and kept going. A Jewish Levite came but he just crossed the road to the other side and kept going. Both the priest and the Levite were men who served in the temple, they were suppose to be examples of righteousness.
Last a men from Samaria saw the beaten man, he stopped and washed the man's wounds, then put him onto his donkey and went to an inn so the Jewish man could rest and get food. The Samaritan man gave the innkeeper money to take care of the beaten man.

The Samaritans and the Jews weren't friends, they worshipped a little differently from the Jews and the Jews thought that they were better than the Samaritans. So for a Samaritan to stop and help a Jew is a really good example of what we can do for those that may not be as nice to us.


For this game, you'll need scratch off stickers for the game board to find the Good Samaritan and good acts to do. You can purchase scratch off stickers! (I haven't been able to find any that are big enough to cover these squares. The squares on the game are a little over 2 inches so stickers should be about that size  you can make your own!

Each character on the board (11 in all) represents something about service, whether it's about themselves doing service, receiving service, and also some scenarios to share! The board when assembled is about 18x20 inches.

If you want to just retell the story using the jumbo cutouts, you can find them below on sale!!


The Good Samaritan in You
(use coupon code SERVICEGS for 20% off through Saturday, 10/31) 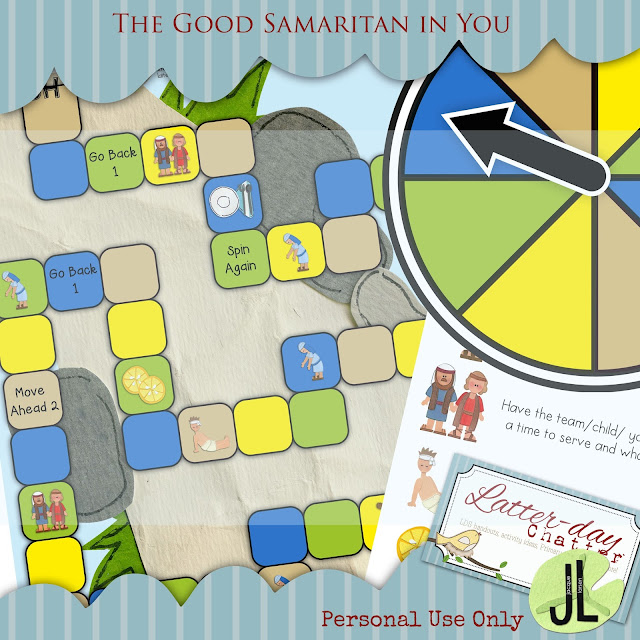 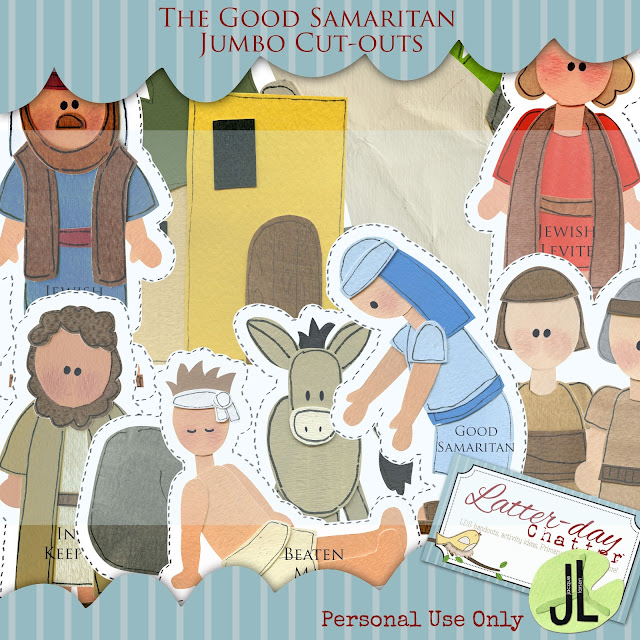