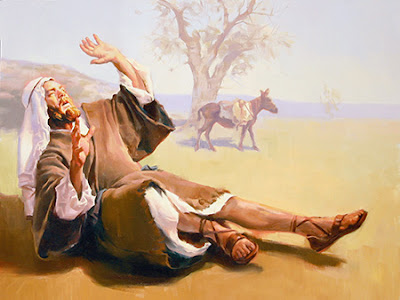 (included in the download)
Saul was a man who was very critical of the Church and would persecute the members of the Church, sometimes putting them in prison.
One day Saul and some others were on their way to Damascus to put some of the disciples in prison. Then a great light surrounded Saul and he fell to the ground. Saul heard the voice of Jesus Christ asking him why he was persecuting the members of the Church. Saul asked Jesus what Jesus wanted him to do and was told to continue to Damascus and he would be told what to do.
As Saul got up, he became blind. The others with him helped him into Damascus. Saul was blind for 3 days, during that time he didn't eat or drink.

A Church leader in Damascus was named Ananias. Ananias had a vision and he was told to go find Saul. Ananias was scared to go find Saul because he knew that he could be put in prison. But the Lord told him to go because He had a mission for Saul. When he found Saul, using the priesthood, Ananias blessed Saul and Saul's sight returned. Saul was then baptized and changed his name to Paul. Paul was called to be an Apostle, he became a missionary and taught the gospel to many people.


Here's a Bible Video about Saul on the Road to Damascus.


You could also use these scripture figures of the conversion of Saul from the Friend, go HERE to download. 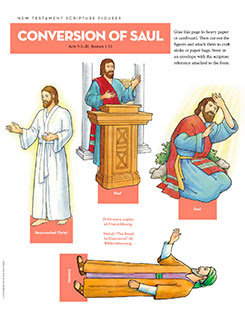 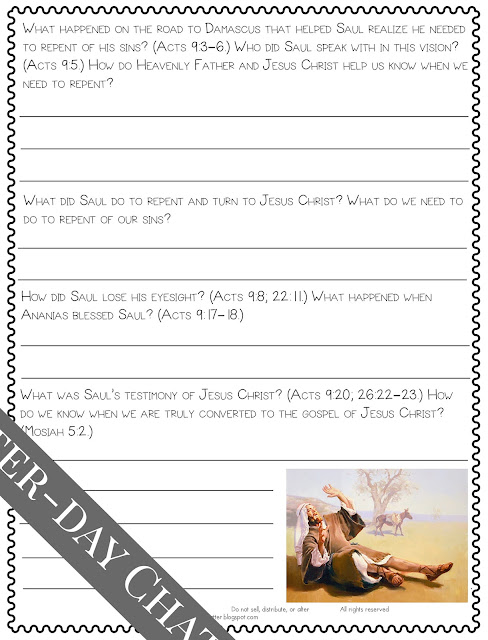 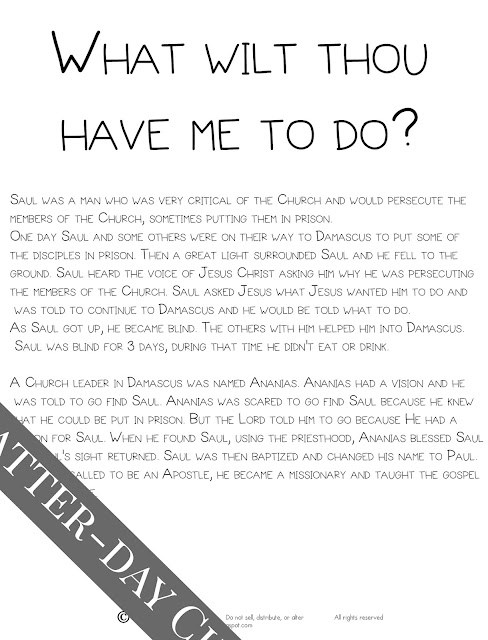 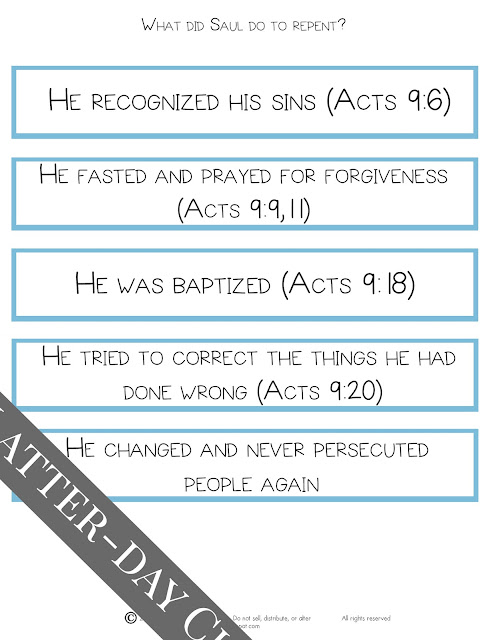