This lesson spans two Bible Videos:
Jesus is Tried by Caiaphas, Peter Denies Knowing Him
Jesus is Condemned before Pilate


Judas Iscariot was paid to show them where Jesus was (He was in the Garden). The wicked men and Judas went to the Garden, Judas then kissed Jesus to show the men who Jesus was. They then led Jesus away to take him to the Jewish high priest Caiaphas, along the way the men hit and mocked Jesus. The leaders asked questions and they said that Jesus had broken the law by saying that He was the Son of God. They sentenced him to die; however, they didn't the authority to sentence Jesus to die so they took him to Pontius Pilate. The leaders told Pilate that Jesus taught the people to go against the laws but Pilate didn't think that Jesus did anything wrong and wanted to let Jesus go. The people and the priests wanted to crucify Jesus, Pilate then washed his hands saying that he wouldn't be responsible for Jesus' death and then told the soldiers to crucify Jesus. 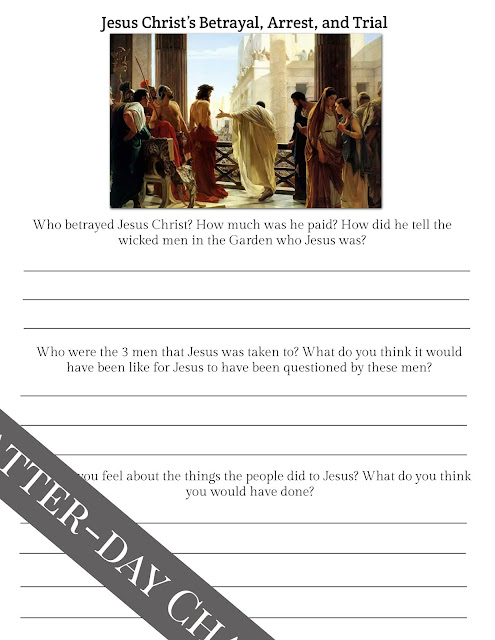