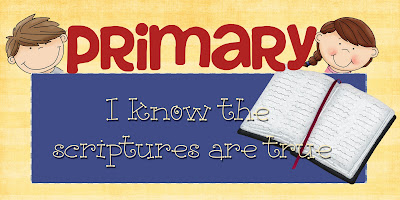 This was a request from Kim H. You can download it at the 2011 Primary Page 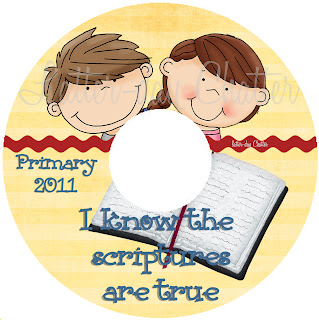 And we can't forget Stalky Bob, snag him and put him on your blog, leave your email and blog address, if I see him there, I'll send you a present!!
You can email it too, to latterdaychatter@yahoo.com 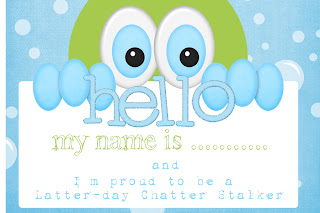 November snuck past without even a glance!!! Here's the December Roll Pages. ENJOY!!
DOWNLOAD HERE 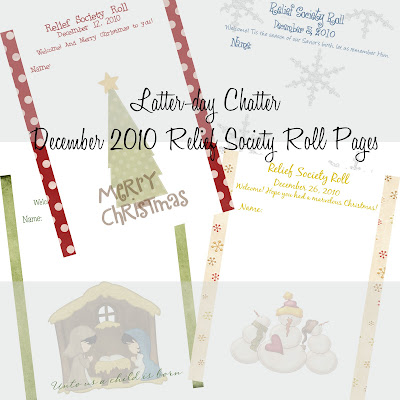 PS. There will be a Facebook Treat at 9pm MST.

This was a request from Merry G. Thanks so much Merry for the request!! Keep them coming!!
You can also make extra special by putting their name and baptism date on the lower left corner :)
Enjoy! 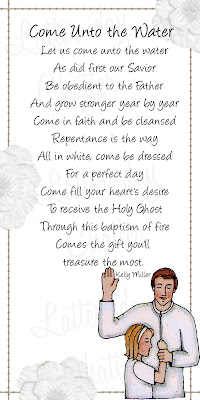 Here's a request from Jennifer D., thanks so much for the request Jennifer, hope this is what you were thinking of. Now instead of going out and buying a bunch of cd covers and inserting the image, now you just fold and glue. Enjoy!! You can download this in the 2011 Primary Page 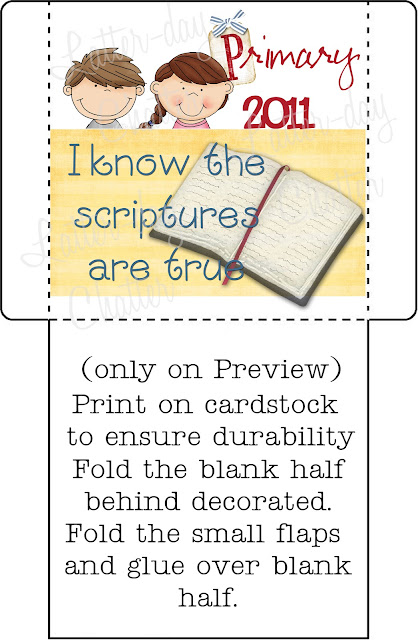 This is a request from Brenda. Sorry that it took so long Brenda to get these done for you! Thanks for the request! Brenda's idea was to put these in for 2011 Primary birthday gifts.

*****11/19- Don't print off the bookmark with the lighter blue for the books of the scriptures, the blue you can hardly see, I'll be working on this and making it darker, and I'll have a new link to share. Thanks to Lorraine for letting me know!!!*****
****11/20- Bookmark has now been fixed with a darker blue for the scriptures. Links have also been fixed. Thanks!!
DOWNLOAD 3X7 HERE
OR A SHEET OF 3

The Gift of the Holy Ghost [Gospel Principles #21] 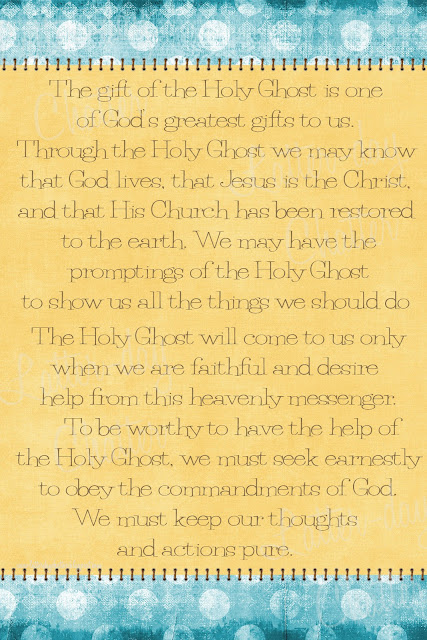 The Nursery Leader in my ward asked for a "germy" poster to hang up on the door of the Nursery, to kind of help eliminate germs and sickness as much as possible in the Nursery, so I thought I would share with you all, thinking that someone else may want it as well.
Also another tidbit, have you guys ever heard of the Bamboo Tablet? I got one a few months ago and let me tell you that it was one of the coolest things in the world, aside from maybe the Silhouette (which I don't have, so if you guys want to get me one I won't complain hahaha) But basically you just draw on the tablet and then it transports it right to the editing program that you have. it's just a simple USB. THANKS TARA!!
(Just a side note: I was not asked to promote the tablet in anyway- and the "germs" on the background of this handout were created using the tablet) 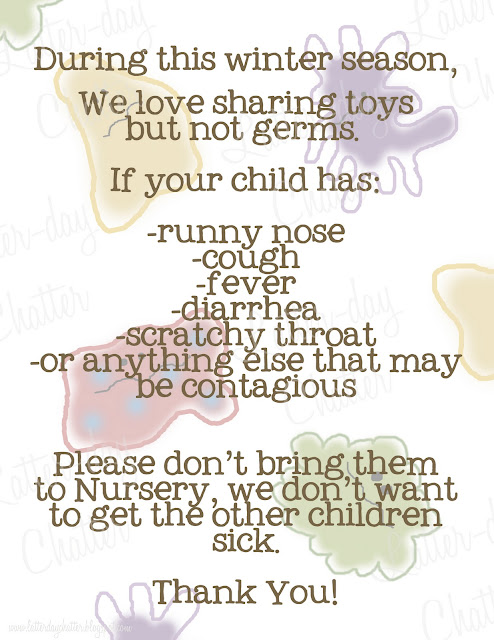 This was a request from Kim P. it's an outline for the 2011 Primary Year with the Monthly theme and then each weekly theme all at one glance. You can download it HERE.

Thank you for the request Kim! 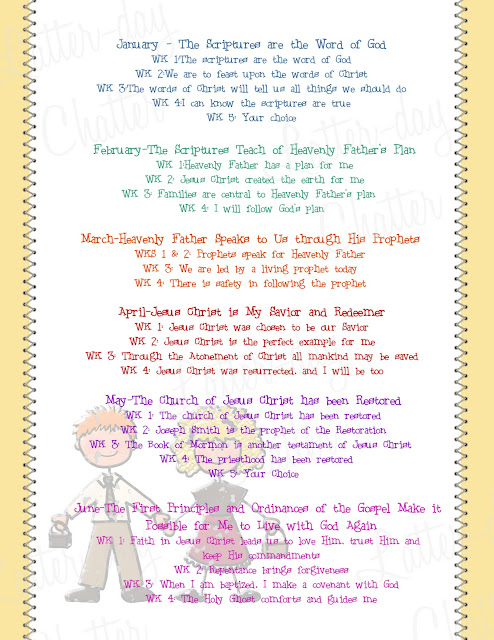 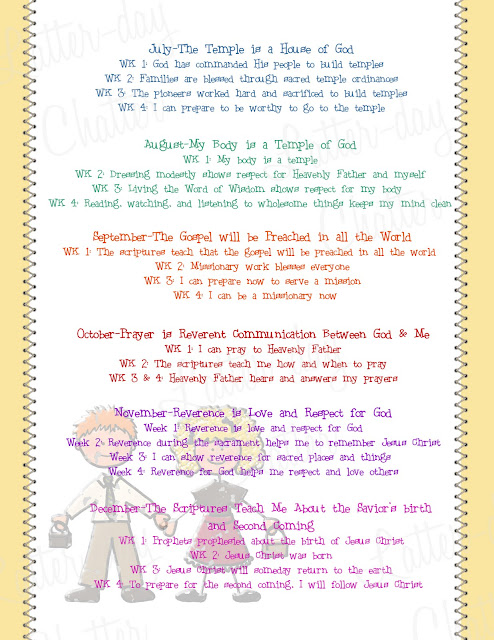 This is a request from Beth B., For her son that's not quite a deacon, but wants him to get a headstart. Enjoy! Thanks for the request Beth! Keep them coming.
DOWNLOAD 3X6 BREAD PRAYER HERE 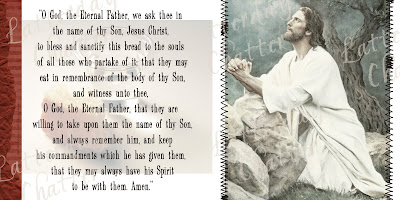 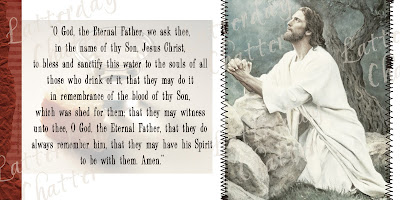 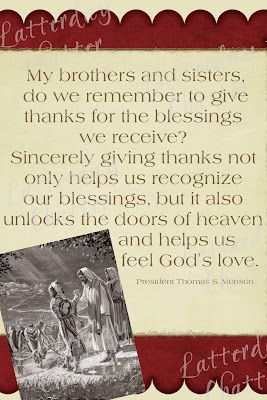 LDS.org October 2010 General Conference, Elder Mervyn B. Arnold
This is a request from Karen B. Loved this talk. Thanks for the request Karen! If you have a request please feel free to email me! latterdaychatter@yahoo.com
DOWNLOAD 4X6 HERE
OR A SHEET OF 4 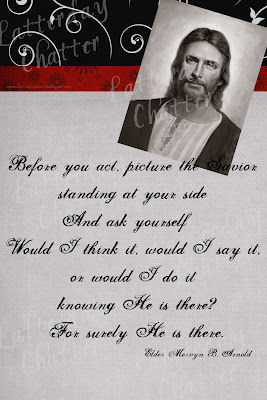 We are the Angels

This is a request from Jaynee W., LOVE this quote and it's just true, makes you think huh. Enjoy!
DOWNLOAD 4X6 HERE
OR A SHEET OF 4 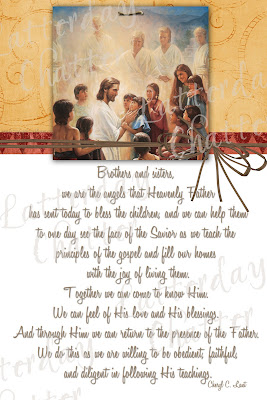 This is a request from Merry G. for a group that she's in. Enjoy! Size is 4x6.
DOWNLOAD HERE 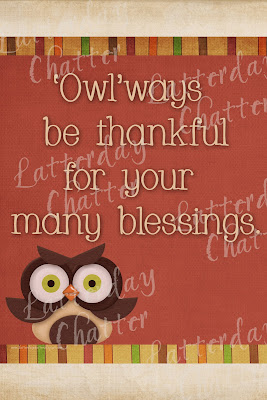 Music, the Heart of Primary

A request from Lisa. She's in charge of the Leadership Meeting and wanted a bookmark to give. So...
DOWNLOAD 3X7 HERE
OR A SHEET OF 3

Can be downloaded HERE, with 3 sizes available. Enjoy! 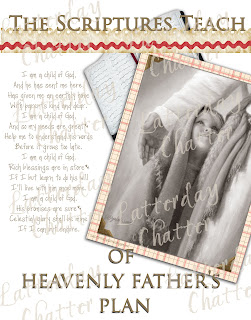 General Conference: Because of Your Faith 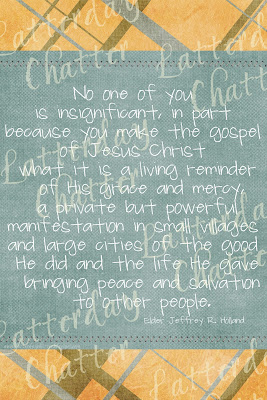 Okay can I admit that I like this one better than my other 2011 Primary cover? If so, good, because it's true. I'll still keep up the other one but I LOVE this one. You can download it in the 2011 Primary Page. 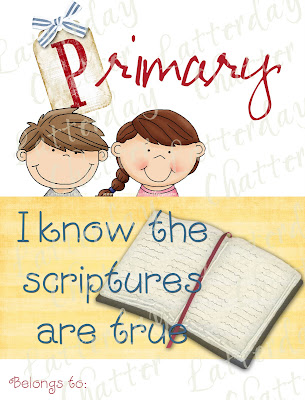 I know I"ve already done a Relief Society binder cover, but I wanted to make one using a quote from Sister Beck's talk, now I have changed some of the words so that I didn't have to use the whole paragraph, but the message is still in tact. I didn't think you would be against more choices!
DOWNLOAD 8X10.5 HERE 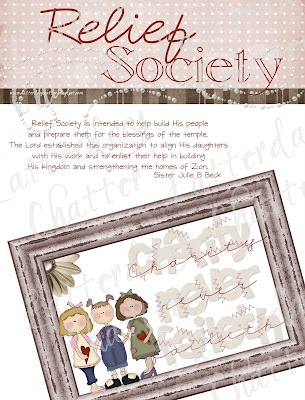 LDS.org October 2010 Ensign, Blessings of the Temple by President Thomas S. Monson
The Visiting Teaching Message is your choice based on your sisters, so if you don't feel that this quote will help your sisters, please let me know what quote you would like to use and I will make up a handout for you.
This quote was the one that I loved. 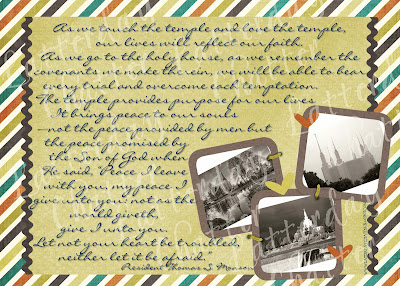 One of my cousins had one of these on his wrist last Sunday and I thought it was the cutest idea so I made some up for next year's Primary. There's 6 all together: Talk, Scripture, Opening/Closing Prayer, Theme, and Article of Faith. 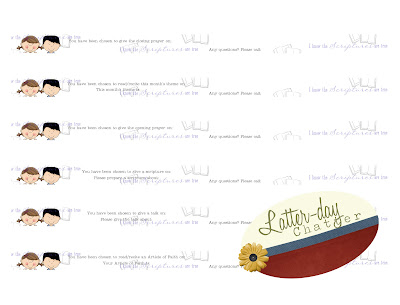 Flower in a Pail

This is a portion of the talk given by President Monson during the General Relief Society Meeting. If you have not heard this talk, please take the time to read/watch/listen to it, you may do so HERE.
A woman by the name of Mary Bartels had a home directly across the street from the entrance to a hospital clinic. Her family lived on the main floor and rented the upstairs rooms to outpatients at the clinic.
One evening a truly awful-looking old man came to the door asking if there was room for him to stay the night. He was stooped and shriveled, and his face was lopsided from swelling—red and raw. He said he’d been hunting for a room since noon but with no success. “I guess it’s my face,” he said. “I know it looks terrible, but my doctor says it could possibly improve after more treatments.” He indicated he’d be happy to sleep in the rocking chair on the porch. As she talked with him, Mary realized this little old man had an oversized heart crowded into that tiny body. Although her rooms were filled, she told him to wait in the chair and she’d find him a place to sleep.
At bedtime Mary’s husband set up a camp cot for the man. When she checked in the morning, the bed linens were neatly folded and he was out on the porch. He refused breakfast, but just before he left for his bus, he asked if he could return the next time he had a treatment. “I won’t put you out a bit,” he promised. “I can sleep fine in a chair.” Mary assured him he was welcome to come again.
In the several years he went for treatments and stayed in Mary’s home, the old man, who was a fisherman by trade, always had gifts of seafood or vegetables from his garden. Other times he sent packages in the mail.
When Mary received these thoughtful gifts, she often thought of a comment her next-door neighbor made after the disfigured, stooped old man had left Mary’s home that first morning. “Did you keep that awful-looking man last night? I turned him away. You can lose customers by putting up such people.”
Mary knew that maybe they had lost customers once or twice, but she thought, “Oh, if only they could have known him, perhaps their illnesses would have been easier to bear.”
After the man passed away, Mary was visiting with a friend who had a greenhouse. As she looked at her friend’s flowers, she noticed a beautiful golden chrysanthemum but was puzzled that it was growing in a dented, old, rusty bucket. Her friend explained, “I ran short of pots, and knowing how beautiful this one would be, I thought it wouldn’t mind starting in this old pail. It’s just for a little while, until I can put it out in the garden.”
Mary smiled as she imagined just such a scene in heaven. “Here’s an especially beautiful one,” God might have said when He came to the soul of the little old man. “He won’t mind starting in this small, misshapen body.” But that was long ago, and in God’s garden how tall this lovely soul must stand!

﻿﻿﻿As requested by Bonnie C. and several others, here's a binder cover for Nursery. ENJOY! 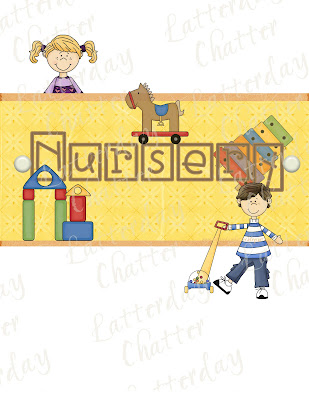